Timeless and classically simple as it is, the French manicure (hands) or pedicure (feet) is one of the most common beauty treatments for the toenails and feet. A french manicure is a classic pedicure or spa manicure / pedicure which makes use of two colors: a sheer nude or light pink color as base for the toenails, and a distinguishing thin white polish stripe at the tip. Depending on the length of the nails, the width of the band of the white polish varies. French pedicure is a popular pedicure style of choice when women want their toenails to look natural yet vibrant and polished, so their feet would look nice in open-toed shoes and sandals.

Like a regular manicure, a French manicure would include a warm foot soak and foot scrub, followed by the pushing back of cuticles, a short calf and foot massage by hand or a foot massager, moisturizing, trimming and cleaning the nails, and shaping the nails. 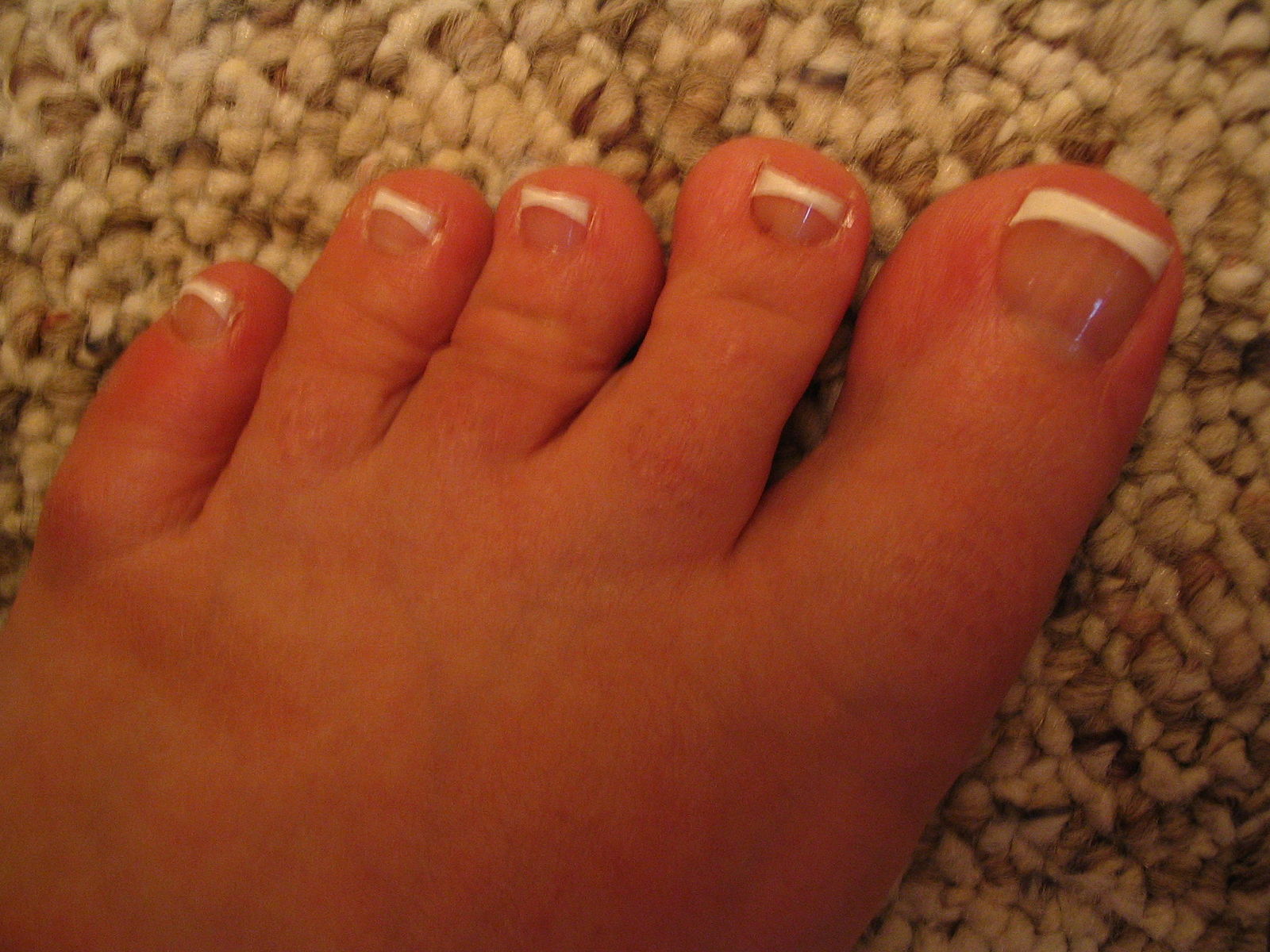 Then, the painting of nails would begin. To ensure a thin, straight line of white polish, use nail strips. Place the strips a few millimeters away from the tip of your nail and make sure it sticks flatly to the nails. Fill in the top portion of the nail with the opaque, white nail polish. Let the first coat dry and then apply a second coat to make it more visible. Wait for the polish to completely dry, then remove the strips. After that, carefully and smoothly apply the light pink or nude polish across each nail on the areas uncovered by the white polish. Let dry. If needed, top the whole nails with a top coat, like a clear nail polish to finish the look, and let dry.

But is it actually French???

Contrary to what people might think, French manicure did not originate in France, nor was it created by a French national. It was actually an invention of an American.

The term “French manicure/pedicure” was first coined during the late 1978 by Jeff Pink, founder of nail polish and treatment brand Orly. However, the technique is believed to originate back in the 1930s when Max Factor, the father of modern cosmetics, claimed he invented the look for the fashionistas of Paris (thus the French connection). Classic Hollywood stars were also sporting that look during the 30s. Others say the look was first seen even earlier during the late 1800s.

Nevertheless, the French manicure started to became popular after Pink created the first DIY French manicure kit for Hollywood actresses in the 70s and it quickly became a hit. He said Hollywood directors used to complain about how long it takes for actresses to change nail colors, so he was asked to make a color that would complement each wardrobe change. He thought the universal look for the nails that looks elegant at the same time is the color of natural nails. He created a flesh-toned polish then added white polish on the tip of the nails, and called the supplies he used as the “Natural Look Nai Kit”. The directors loved it as it will save them time and money in production. Stylists and actresses loved its simple and feminine appeal, which doesn’t upstage the outfit.

Pink next went to Paris and painted this manicure style on models at a fashion show. When he came back to Los Angeles, he started calling it the “French manicure,” in honor of his friends in Paris and the runway models who donned his new look. After the people saw the chic nail look on Cher and Barbra Streisand, they started talking about it. Not long after that, the French manicure became extremely popular.

Until now, the French manicure and pedicure is still preferred by many nail-conscious people around the world. It’s one of the popular types of nail treatment widely offered in spas and salons, and most probably, will always be a popular classic.

You can find many spa jobs on Jooble.